Info: The exploit, dubbed Bannerbomb and created by Comex, is the only public way to load homebrew applications on a System Menu 4.0 Wii. The exploit works by using a malformed banner to crash the Wii and load the boot.dol placed in the root of the SD card. This exploit is a replacement for the Twilight Hack. It works on all Wii versions that the Twilight Hack works on, as well as on version 4.0. Bannerbomb is an exploit for running homebrew, 'not' for installing it. It can load the Homebrew Channel installer even on a 4.0 Wii, but as of version 1.0.1 the installer is still using an installing exploit that is not present on 4.0 Wiis and will fail.

What you will need:

3. SD card reader for PC or a PC with one built-in

5. Some homebrew to load (In this case, LoadMii) 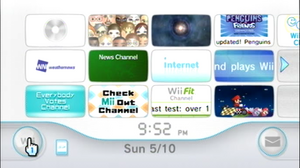 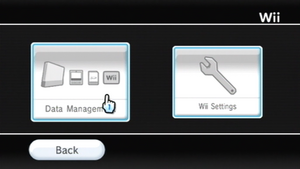 2. If it has a private directory, rename it temporarily, e.g. to "privateold". Having other saved channels on the same card will screw it up. (Also, if you don't have any channels on the SD card already, it's possible to skip this step so you can keep saves on your SD card) 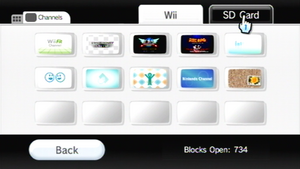 3. Copy the Bannerbomb "private" folder to the root of your SD card.

4. Take your Wii executable ("boot.dol" from the LoadMii download) and save it in the root directory of your SD card.

5. Put your SD card in your Wii and turn it on. 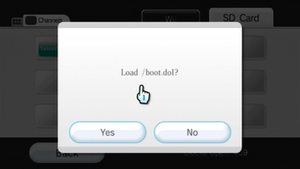 7. A dialog will pop up saying "Load /boot.dol?" (If it freezes, try the next .zip file from http://bannerbomb.qoid.us/ )

8. LoadMii should start. Select the device you want to load homebrew apps from (such as SD card or USB stick)

9. Load your apps and enjoy!

Don't use this for warez, pretty please :|