I saw the game pop up on a few homebrew news sites I keep checking frequently and thought it deserved a nicer look and feel... this is what I came up with this morning in a pre-cofee-zombie-state... 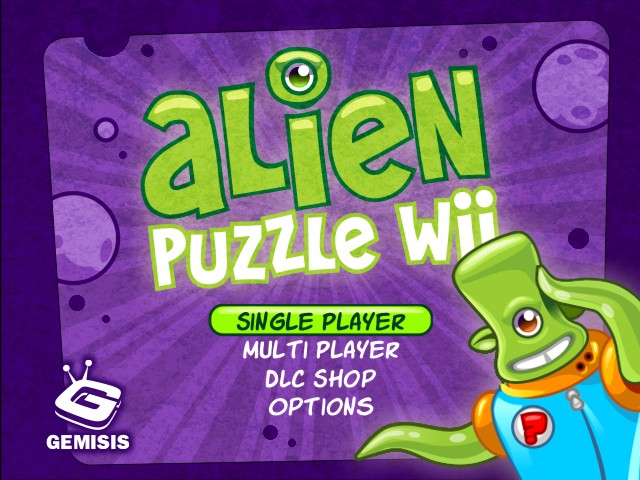 Uh, I think it looks amazing :O would definitely like to use it :D If you can put the buttons into separate images, then I'll definitely add it in :) Assuming that each button has a highlighted and non-highlighted form, I can easily add each button in if they are formatted like so:

Where the top one switches between highlighted and non-highlighted. Thanks so much for taking an interest in the game :D GEMISIS 02:47, 19 April 2010 (UTC)

Everything can be updated fairly easily. Backgrounds need to have dimensions of 640x480 while buttons I haven't really decided on. The current menu's just use text, so I'll need to add in support for buttons, but I've set up everything so that that will be fairly easy. All images just have the requirement that they must be no bigger than 1024x1024, and each side must be divisible by 4. As for giving you the current art bits, is it ok if I just email them to you? GEMISIS 16:11, 19 April 2010 (UTC)