Screenshot of program (before preview)

Screenshot of program (after preview, can now save screenshot) 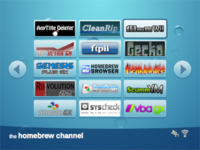