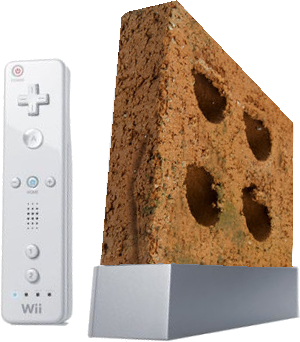 WC24 title booting can be used to fix certain bricks. The types of bricks this can fix is similar to the "recovery mode" menu. That menu can be triggered by holding down all D-Pad buttons on the GC controller plugged into slot 4, a tab inside the controller needs removed in official GC controllers. Every time the file at the boot mail entry URL installed by wc24app is updated, every Wii that already downloaded the boot mail would download again and wakeup for title booting again. The "To" mail header isn't checked by KD for announcement WC24 HTTP mail, it's not possible to filter boot mail to only certain Wiis. If you need the boot mail content for the entry installed by wc24app to be updated to fix your bricked Wii after it already downloaded, processed, and booted with the mail, contact Yellows8 on the talk page, or send an email to yellowstar6 at gmail dot com. To repair a Wii with WC24 title booting, the following requirements must be met: