Difference between revisions of "ProjectGMC" 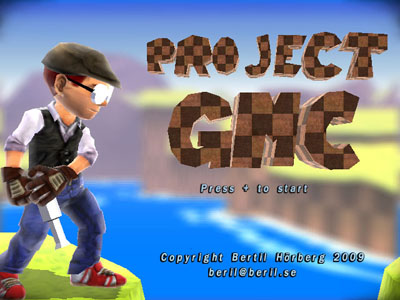 Project GMC is a straight forward 2.5D platformer where you jump and shoot and battle evil robots. The development isn't really very far along yet, but I don't have any time too work on it right now so I though I might as well upload what I have.

It uses the same engine as Helium Boy, but there has been many improvements and new features, such as: real time shadows, optimized skinning, new particle effect system, depth blur, environment mapping and a bunch of other render effects.

The game uses the Wiimote sideways and is only compatible with front SD slot. Extract the files into apps\ in the root of the SD card and launch from the Homebrew Channel.