Difference between revisions of "Talk:Balance Board Tools"

The program doesn't load the images. Solution: make sure all the data is in SD:/apps/balancetools/images/

I just wanted to take a second to compliment your work. I was trying to do something like this for a bit, but my weight formula was off by as much as 30 pounds sometimes xD. Anyways, I love what you've done here and I can't wait to see the source released as I'm sure it will benefit many developers (I'm a huge fan of balance board implementation BTW). And kudos for using libwiisprite ;)--Arikado 23:42, 3 May 2009 (UTC)

Thank you. I appreciate this very much, I've included the source today for other developers to be assisted. I can't figure how to calibrate the balance board... it always comes out different. elisherer 13:07, 4 May 2009 (GMT+2) —Preceding undated comment added 10:07, 4 May 2009 (UTC).

First of all, nice job! I really like this demo with the Balance Board. It would be nice to swap between Pound and Kg by pressing a button on the Weight screen. It could be great to add an offset (+/-) to adjust the weight in case the board is not that accurate. --Crayon 01:34, 6 May 2009 (UTC)

Wll it's all very good, I'll be sure to add an offset option with (-) and (+) to move the bar left and right. But about the pounds Im not very familiar with the pounds measurments because we use the metric system. maybe someone would make a pounds ruler PNG file and send it to me.--Elisherer 05:05, 6 May 2009 (UTC)

Why even have a "ruler" with the weight. While analog displays are cool, but digital accuracy is so nice. How bout a choice? I honestly would much rather see a digital readout of my weight vs an analog scale. Dewdude 17:32, 7 May 2009 (UTC)

Great utility! One problem though - the weight ruller view is to small! On my 28" tv it's hardly readable. Bigger display would be helpful for people with smaler/ older tvs or sight disabilities. It would also be great to have a channel or channel forwarder for this, but that's other subject. good work Elisherer. wiistula —Preceding unsigned comment added by Wiistula (talk • contribs) 09:15, 6 May 2009

Awesome work! I was very disappointed with the Wii Fit program not including a simple scale without having to wade through all the other stuff. My 2 biggest suggestions have already been mentioned. Even on my 40" CRT TV, the weight is unreadable because it is so small. I guess maybe it has to do with the pixel limit you mentioned, but if thats the case, I strongly second the digital readout suggestion made by Dewdude. A simple, easy to read number whether its pounds or kilo's.--Notagoodusername 03:05, 14 May 2009 (UTC)

Elisherer, thanks for your great program, as others the problem is the way it calibrates, in mine is showing more than 3.5 kilos left so is fully unbalanced, on the COG is showing left-down a little bit (just touching the outside of the yellow circle. And hope you can make the ruler bigger as it is so small that is really hard to see it on any screen I have (and I use the HD cable). About the balancing why not use the + and - buttons to manually calibrate the board in the weight area and the control pad for the COG, that should make the correction as the real ones. Thank you for reading, keep the scene growing. Werewolferx 09:26, 16 May 2009

Try the prereleases here and say whats on your mind...

It would be nice to have a way to tare the scale. Say I want to weigh something like a cat or small dog. If I had the ability to tare, I'd step on the scale and wait for it to stabilize. Then I'd hit the A button and the scale would read zero with me standing on it. I could then pick up the cat and read its weight directly. The tare button could also be used to zero the scale with nobody standing on the Balance Board.

As soon as I figure out how, I also have a scale with pounds on it. I also doubled the height of kilogram scale to make it more readable. The fit-weight.png has to be altered for that work. I didn't do as neat a job on it but I'll upload that too.

This version is cleaner and easier to read than the version on uploaded.to and is hosted here. As this ruler is tripled in height to allow both pounds and kilograms to be read at the same time as well as making the kilo scale easier to read, I also included a fit-weight.png to accommodate it.

I've been tinkering with the v0.20 source code. Making the app average out 5 readouts for x,y,tl,tr,bl,br did very nicely in making the COG and weight considerably more stable. Unfortunately doing so has made the program use many more global variables.(Could have used an array to store all variables, but it would have been a pain to read and debug) I am not sure where would make a good place to put altered source code(My testing method removed the graphical interface and it is currently running off printf commands.) Regarding the digital display. Having a threshold for change should be nice. Otherwise it might make the scale too hard to read if it's between 45.9 and 46.0 kg for example. --Dcite May 24 04:00:46 UTC 2009

Hi, when I start the app, both weight and gravity are not zero/centered. The weight is below zero and the gravity is moved from the center to the top/left (still within the yellow circle). I wonder is this normal, or is my board broken? I always wondered if it worked right, but as nintendo-soft never showed the "empty state" there was no way to check. Only "check board"-buttons and they always report "fully functional". Now this difference makes me worry... CU, Mario —Preceding unsigned comment added by Padrino (talk • contribs) 02:17, 9 May 2009 (UTC)

Well Mario it's probably nothing, I just didnt implement the calibration method that nintendo does everytime before you use the board. Try starting WiiFit and go through the calibration and head back to tell us whats changed... (as I said, every time i run the program it changes a bit).--Elisherer 09:31, 11 May 2009 (UTC)

Sorry, for being that late. :-) Seems starting WF makes no difference. But as the digital display starts with "0", can't the analogues one, too? Just take the current value as zero, same with gravity for center?

I created a Channel for this app, problem is it crashes your Wii when you try and exit the program. [1] I don't know if anything else needs to be included with this. I'm not trying to take any credit for the app. The picture I took from google for the menu has a credit on it, don't want that to be confused for the creator's credit though. Sorry to have messed with the title of the app, I just wanted something more concise for the channel screen. When new releases come out, hopefully there is a way it won't crash the Wii.. I'll edit the artwork then. Don't know if this type of Wad is allowed here but it is a legal homebrew app. —Preceding unsigned comment added by Auri (talk • contribs) 16:40, 22 May 2009 (UTC)

Alright, this was the first wad I created. I did a redirector using the elf_dol forwarder and it still crashes when I hit the home button or try to quit though. I like the new version though, neat digital scale. —Preceding unsigned comment added by Auri (talk • contribs) 03:24, 27 May 2009 (UTC) So I tried making a wad of the newest version. The exit to loader crashes it still, the home button doesn't really work as an app or a wad though. It brings up the menu, but everything is in a small box so I can't really find the button to quit. Maybe the forwarder might work but if the home doesn't work for me as an app I'm assuming the forwarder won't help. I did update the pictures for the wad but I kind of screwed it up, so if I figure out a fix or there's a new version then I'll update with a new wad. Auri 02:19, 13 June 2009 (UTC)

Is it me or when pressing the home button, the home menu shows up in only the top left of the screen all together like it's not being shown at the right resolution? --Teknecal 09:04, 13 June 2009 (UTC)

I do have a problem with widescreen. When I press the Home button the screen get squashed a bit (from the top and the bottom) but not what you described... any1 else? --Elisherer 10:49, 13 June 2009 (UTC) 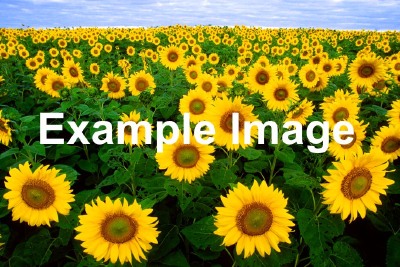 The home menu goes to the top left of my screen in a box about the quarter or so of the whole screen and all the buttons are squished in there. I'm not using widescreen. Auri 22:58, 13 June 2009 (UTC)