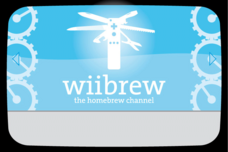 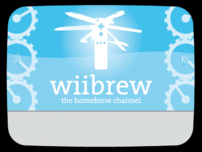 Background By: imjtk.com Disk Layout By: CLOSEDone Tell me what you think! 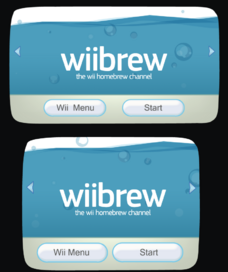 Inspired and based on the original Fairii from Trayne. For a more detailed description see the images themselves :). Below is a version with a little green on the hill where the fairy is sitting..... Also, since some people feel fairies are lame (sigh) it could of course carry a different name with for example link sitting on the hill.

Added grass (it can fade-in too so when the sun comes up the grass gets iluminated; this isn't full brightness btw as the sun isn't fully risen either) and a small line of credits bottom left. Seems like a good spot and also rather justly to mention team twiizers on the launcher banner ;)).

Post music you made or music you think would be good. Ideally it should loop well.

To clarify: This is the music for the screen when the Homebrew channel banner(s) are being displayed. (There is currently no plan for what will come after "Start" is selected, suggestions can be posted on the WiiBrew Channel Ideas article though.)

Remember, all must be under an acceptable free license.

The Newgrounds Audio Portal would be a good place to look, since all music there is the music is free to use (being released under a Creative Commons license), if you want to help.

Here's a snippet from a groovy background music i made. Enjoy ! (Or let it be :) )

A little intro tune I threw together: http://ejellyfish.illemonati.com/mp3/WiiBrew%20Channel%20Intro.mp3 Check it out. (Yes, the tagging is correct-- Exploding Jellyfish is the name I put my music under. It is not stolen music from elsewhere.)

Here are just two songs that I made see if you like it.

And another one I forgot to upload

Just some from newgrounds that I quickly found, idk what kind of flavor it should have but those sound good to me.

Candidate 2: http://audioo.com/#section:home_tracks_viewtrack_29596198d266e39 This one would rock with 5 seconds delay and then after that everything comes up.