Fruit'Y is a game heavily inspired by the Kaiko classic Gem'X, which has been seen on computers such as the Commodore Amiga 500, Commodore 64 and Atari ST.

Although tiger mum forbids little Sheran to play with edibles, there is simply no way to stop him from playing with fruits found inside the deep jungle. Being shiny, smelling wonderful and tasting even better Sheran can't be kept away. So let's do the best we could do: Support him!

The game consists of two boards of fruits. The left field belongs to Sheran who needs to reproduce the right field 1:1 being able to proceed to the next level. There is a total of five fruits. Once you control Sheran's prank and activate a field, the fruit inside the activated field morphs two steps, while the other fields located above, below, to the left and to the right, morph the fruit located inside only once. The order of fruits is shown in the middle of the playing field. 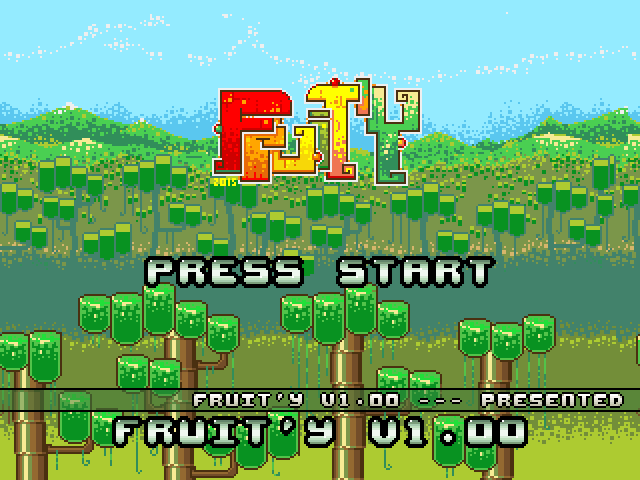 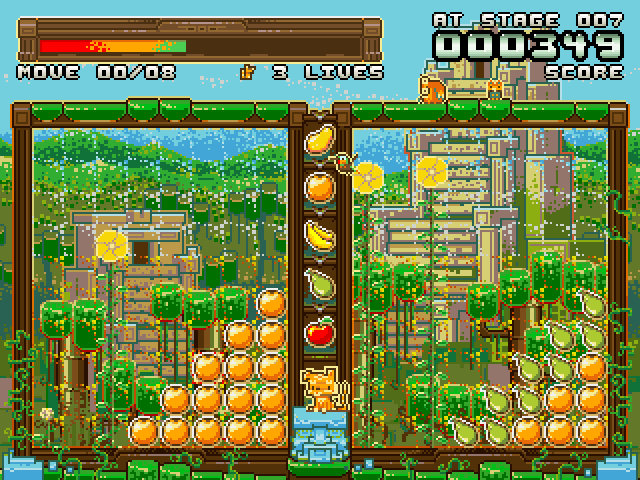