NanoMechas is a multiplayer action game!

In year 20XX, aliens came to Earth to invade us humans.
Instead of showing massive artillery, they sent viruses to infect and kill all populations.
A few people could hide themselves in caves to prepare for counterstrike. Scientists created NanoMechas to fight infections from within the contaminated people.
One there NanoArmy will be ready, they’ll kill the alien people from the inside. 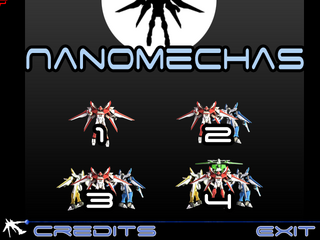