In 1995 Nintendo released an attachment for the Super Famicom dubbed Satellaview. Its a satellite modem that would allow users access to various online aspects of gameplay but the interesting thing about it is the way it is presented. Upon startup the user would find themselves in a small town ala Earthbound and would have to travel to various buildings or speak to NPCs in order to run the various applications associated with the Satellaview. Now im not interested in emulating this or anything like that but rather use it as an example in order to build the next Homebrew Channel alternative. At this point its all just speculation but if we could write a loader like that and some-how incorporate it into the Dev packages than i imagine anyone could take it and build their own custom loader like with GUI-lib, but focusing more on sprites. After that the skies the limit, we could incorporate the Homebrew Browser, or any other app/utility that would benefit the little homebrew world. If some-one wrote a good wii communications program we could use that for online chat and file sharing and have the users identified by their respective console nicknames. Any thoughs or comments feel free to add to the discussion page. 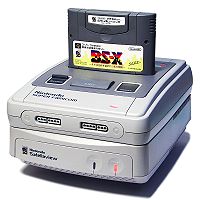 Those of you who were part of the Dreamcast homebrew scene may have picked this one up, its an NES emulator nothing to special, but the cool part was the game selection menu. when compiling the emulator it would check your roms against a master list and download a cart scan, box scan, menu snapshot, manual and soundtrack for each rom and while selecting what rom to play you could view the games as if they were like the boxes or actual cartridges. So I say why not go the extra mile and incorporate this sort of menu selection into our current great emulators for the wii, i know they have already incorporated this sort of system into some the USB loaders floating around the net (minus the manual and snapshot downloads). I have seen SDL source code around for this emulator and the one it was based on (Nester 7.1).