The objective of the game is to tilt the board using your wiimote, in order to guide the sand towards the green exit. In each level you need to save a certain percentage of the sand. If the sand 'falls out' of the board it is lost. If the sand touches the red stone it is also lost.

Creating your own levels

The game will look for level information in the folder on the SD card called '/apps/sandtraps/levels/'. If you look in the folders in here you can see that each level is based on a BMP graphics file and on a text file. The game does not report errors in case there is something wrong with the level information - it just exits without warnings. This might be improved later on.

If you create some good levels I would happily include them in the next version of the game. 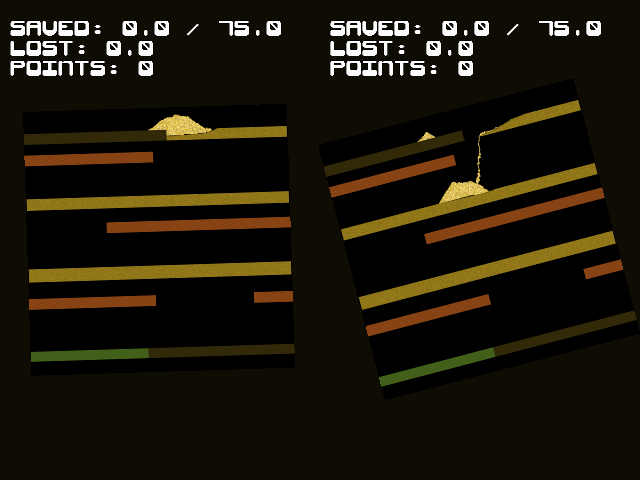 Thanks to everyone who leaves comments on the discussion page. Even though I don't leave replies I greatly appreciate the feedback from all of you.