Hermes - Run a la carte is an extraordinary Jump'n Run game covering bad taste humour. If you feel offended by crude and dirty humour you may run away now. The game also features pixel violence and promotes the consumption of meat. If you are a hardcore vegetarian, you might very much dislike the game or just have a good laugh.

Hermes, at least this is how his friends call him, is living in France, the country of love, but also the country known for it's exquisite cuisine. One day Hermes had mood for a nice chicken leg, certainly a real men like Hermes, won't go to the super market and get pre-packed chicken, no... it has to be a real one, slaughtered off by his own hand. This is, where our story starts... Chase the escaped chicken to catch it and prepare a great grilled leg piece you ever wont forget! Yummi! But hell... that chicken for sure is fast! 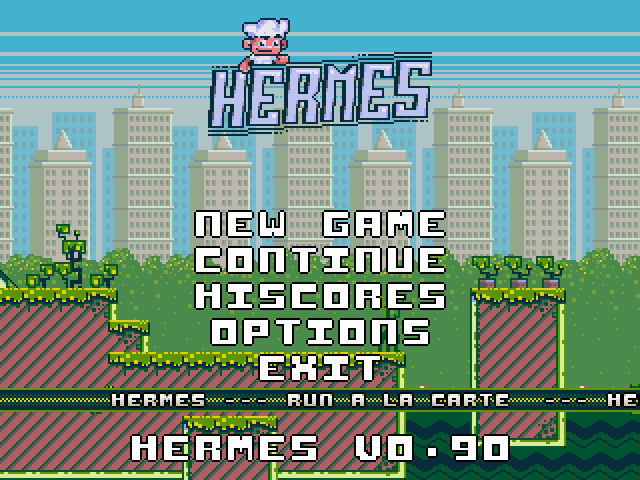 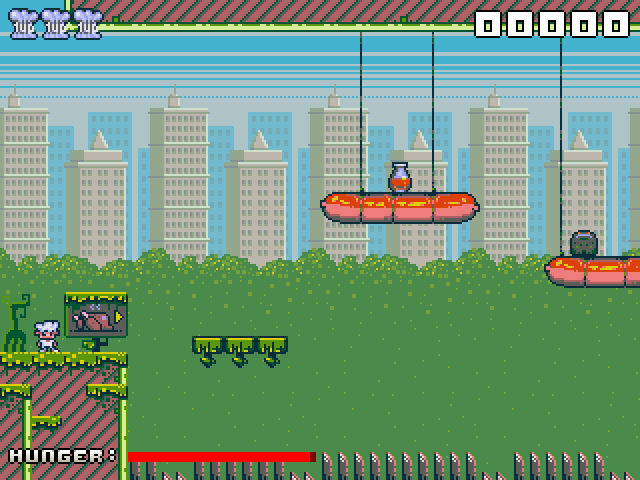