One or two player tetris-like game for Wii.

Two player rules based on the gameboy classic:

Thanks to Pete for the soundtrack.

The graphics and sounds are customisable to an extent. All the images and the soundtrack can be changed by swapping the files in the images / sounds directory. The background JPEG can be swapped no problem, the PNGs for the blocks and so on need to be in the format required by GRRLib. 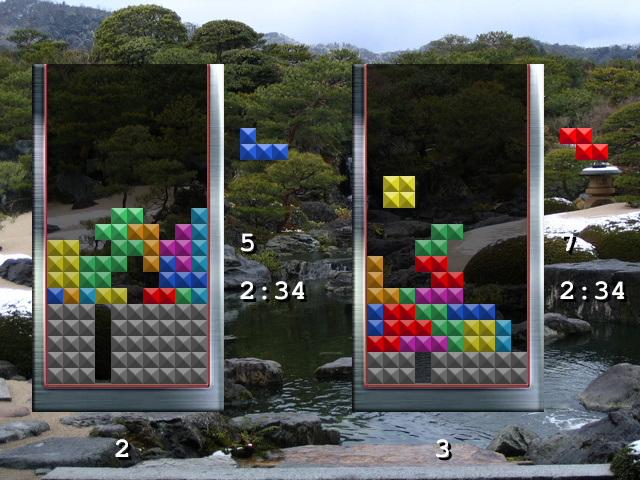 A UML model is available at http://www.themightystags.com/toddtris_wii/toddtris_uml_1.2.pdf for anyone interested in updating the code.