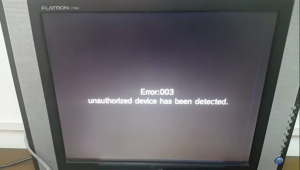 To brick a Wii is to damage the console in a way that it can no longer be used properly, usually beyond repair - as in 'A bricked Wii has all the electronic functionality of a brick'. To put it simply, fully bricked Wii consoles do absolutely nothing. The term is often used in situations where modifying a system's firmware (without necessarily making any alterations to the machine's hardware) has caused it to become inoperable.

Fixing a brick generally comes in three steps; the first step is identifying the brick, the second step is launching homebrew, and the third step is using this homebrew to load a recovery tool.

If a brick cannot easily be fixed, it is not recommended to trash the console. As Wii's are no longer in production, many people will probably be interested in a bricked console to repair or conduct research on. Instead of trashing the console, sell it online or ask a community (such as RiiConnect24) if they are interested in investigating the brick.

To fix a brick, it must be identified first. If the System Menu boots fine, then the brick is simply a semibrick.

If the health screen is the last screen seen, then the brick is either a banner brick or a mail brick. To test this, hold + and - when pressing A; if the system still refuses to boot, it is a banner brick, otherwise it is a mail brick.

If an Opera error shows, then it is a System Menu brick.

If BootMii as boot2 still boots, then it is either a System Menu brick or an IOS brick, both of which have a similar fixing procedure.

If Priiloader is installed, and it boots, then this is likely a System Menu brick, and can easily be fixed.

If none of these menus appear, then NAND flashing is required. The brick is guaranteed to be a low-level brick if BootMii-boot2 is installed.

Click the link for your brick type for further instructions on fixing the brick.

If the methods above don't work, try these methods.

If you do have a copy of an exploit save ALREADY on the Wii, and an authentic exploitable disc, you can use this to boot recovery software as well. This also requires:

If you do not already have a savegame exploit on the Wii's NAND, there's a method to get it on the Wii NAND after a brick:

If you have a copy of Super Smash Bros. Brawl, you can boot recovery software as well.

Simply copy the Smash Stack stages over to the SD card, and load the level editor as usual.

Simply boot a recovery program the way you would any other. If you have Priiloader installed, but it boots to the System Menu then try holding down reset when you turn on your Wii, after a few seconds of holding reset the Priiloader menu should appear.

If you installed BootMii as part of an IOS, then you will need Priiloader installed. Go to the HBC via Priiloader, then select Launch BootMii from the main menu.

This option is the least desirable for homebrew users, as Nintendo will likely send back a different console, with your personal settings/Wii Shop account transferred and the latest updates installed. Additionally, Nintendo is no longer repairing any Wiis, so this is not even a last resort anymore.